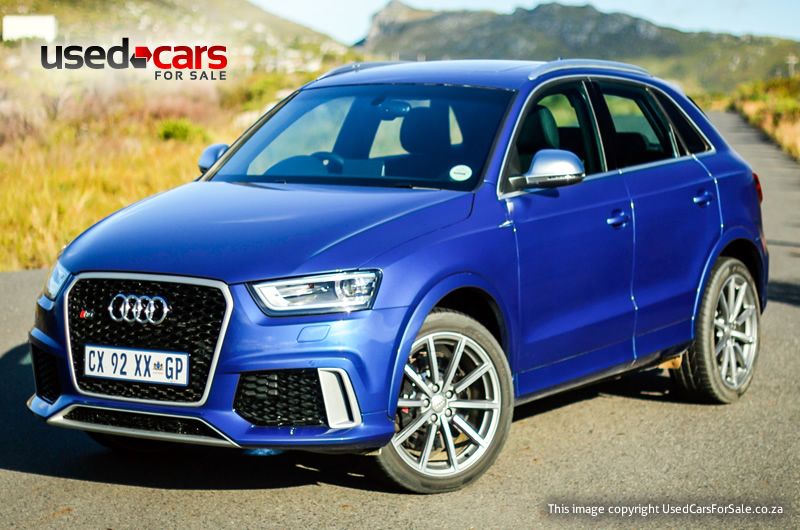 Audi are gunning for the big time; they want to make sure they’re in every single corner of the market, and they plan on having 60+ different models over the next couple of years.

But they’re not waiting either, they’ve dropped the Audi RSQ3 on us already, and it’s the first RS model in the Q-range but certainly not the last.

It seems that there will be an RS model in every one of their segments, so I imagine we can expect to see an RSQ5 and RSQ7 in the not too distant future.

This of course will compete with BMW’s X5M and Mercedes’ ML63 AMG. So we already know there is a market for these cars.

Under the hood Audi have stuck a 2.5-litre TFSI engine, similar to what you’ll find in the TT RS and previous generation RS3. But it’s been adapted and tuned to suit the RSQ3.

In the RSQ3 it produces 228kW and 420Nm of torque, which gets this little pocket rocket to 100km/h in 5.2 seconds, with the help of launch control of course.

Of course, you don’t always have to be in the mood to hammer the car, occasionally you have some kids in the back, and a flick of a switch allows you to go from Dynamic to Comfort mode, where the RSQ3 gets a little tamer.

Comfort mode is similar to the regular Q3, but Dynamic sharpens up the throttle response and brings out the engine note, stiffens the suspension and makes the steering weightier.

Despite building a performance car, Audi do take economy seriously. For the first time, they’ve put a start/stop system on the 2.5-litre engine. They’ve added a regulated oil pump which allows lubricant only when needed, and results in fuel savings.

A 7 speed S tronic gearbox comes standard, and the 7th gear has been tuned with an extra long gear ratio to help fuel economy on the open road.

This brings the claimed average fuel economy down to 8.8 L/100km, which unfortunately we were unable to achieve, the RSQ3 is just too tempting to drive fast.

The RSQ3 comes laden with tech, inside and out. All of Audis S and RS models now comes with launch control, which is a lot of fun.

Quattro is standard on the RSQ3, which makes the handling pin sharp in any situation.

Inside you’ll find the standard Audi luxury, and the MMI system. But the RSQ3 comes with some extra goodies in the form of a Bose surround sound system and 14 speakers.

Built for performance, the RSQ3 does ride a little on the hard side. Off-road, the ride isn’t very pliable, and the low profile 18” wheels don’t help much as well.

However, the rest of the car scores well for comfort; even the sport seats are good to sit in. Adding no value to any comfort, but hiking the cool points is the embossed RSQ3 logo on the front seats.

Audi sells terrific cars, and the RSQ3 is no different. The car doubles as a performance car and a practical family car. The ability to "drive it like you stole it", yet do the school run without looking out of place has been perfected by Audi. It’s got a large boot that becomes even bigger when the rear seats are folded down, making it the most practical performance car in its segment.

So where does the RSQ3 fit in in the range? For R700k, you’ve got a lot of options, but few of them perform like the RSQ3 does.

But you can get all that in the TT-RS, but what you can’t get in the TT-RS is the family, and a bunch of kit in the back for a weekend away, which makes the RSQ3 a very interesting car, and I doubt Audi will sell many, but I’ll bet my bottom dollar that the people who buy one of these cars will love it.