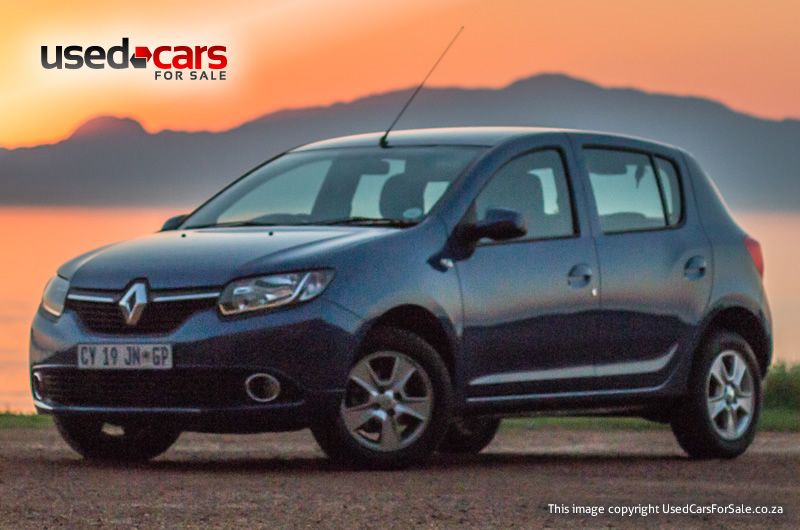 That’s quite a CV, and one would think, a largely unrelated list of business activities. But you’d be wrong, because the F1 work that Renault do has a more direct connection to their road cars than most people know.

The Sandero is probably the best example of this relationship between the F1 racing and everyday road cars.

Under the bonnet you have a 900cc 3-cylinder engine producing 66kW. Now before you turn your nose up at that, consider for a moment that this is half an F1 engine. F1 Engines this season are 1.8-litre V6’s. Got your attention?

While you don’t have half the power of an F1 engine (and for good reason), there is a very close working relationship between Renault F1, and Renault Production cars. This becomes evident as you drive the car where throttle response is fantastic, and even though it’s just 66kW, the way Renault get it delivered across the entire range really is fantastic.

As an A segment hatch, you can expect to find the engine in the front mated to a 5-speed manual gearbox, and the Sandero being driven by the front wheels too.

Economy and CO2 emissions are the biggest driving force behind all this stuff. It’s even taken hold in F1, where the engines were made smaller this year. The result? Better, much better fuel economy. Claimed fuel economy is 5.2 L/100km, and we did manage to keep it below 6 L/100km.

Put into everyday language for you, your Sandero has a tank of 50L, and on those 50L, you’ll be able to drive about 950km. Not too bad for some F1 tech!

On the inside you’ll find a little more than you bargained for. For an A segment hatch, with a 900cc engine, you get electric windows all round, cruise control, power steering and airbags.

The radio is decent too. while USB and AUX connectors come as standard, and there is even a multifunctional steering wheel that lets you control the radio with your finger tips. Renault have tried really hard to out gun the competition, and to some degree they have, the value you’re getting in the Sandero is much better than most other hatches in the same segment for the same price, plus it’s not a bad looking little hatch.

More tech you’ll find under the bonnet include all the fancy barking systems. ABS, EBD, BAS, and hill holder all come standard on this little hatch. Stability control and traction control too, which for a car in this segment is quite something.

The interior has cloth seats all round, which is to be expected. The suspension and chassis deliver the right balance between comfortable and feeling like you’re in control. None of that mushy cornering business so often prevalent in A segment hatches.

15” Alloy wheels give the car a nice finish, and adds to a more comfortable ride.

Surprisingly the Sandero is quite spacious. Boot space is really good with front and rear seats laid out to maximise the interior space, and with the 5 door configuration, and 3 seater bench at the back, you’ll find it more than adequate as an every day small family hatch.

For some reason, Renault have deemed it necessary to put most of the controls on the centre console just behind the gear lever. This is where you’ll find the window control, and the cruise control, and I’ll be honest, not the first place I’d go hunting for them.

The rear window control sits just behind the handbrake, where both rear and front passengers can reach them. The jury is out on whether this is a good or bad thing.

The Sandero is a terrific little car, and Renault have worked really hard to bring a solid cutting edge small hatch to market. I think they’ve succeeded, you get incredibly good value for the R150,000 odd you’ll spend on this car new.

For small, young families, looking for a hatch to run around, the Sandero would be near the top of my list every day of the week. You can find other small hatchbacks by visiting this section.