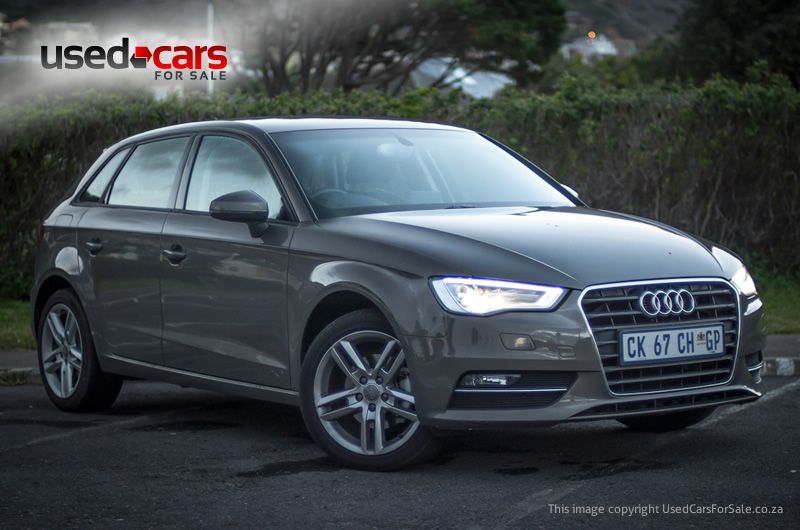 In 2012 Audi gave us the new A3, who’s main rival is it’s own cousin the Golf, except that the A3 only has 2 doors, and is in an entirely different luxury league to the Golf.

For 2013 Audi have given us the A3 Sportback, which implies that it’s longer, and has 4 doors, but comes with the same splash of Luxury that we’re come to expect from the German manufacturer.

I attended the launch and spent some time testing a diesel variant, the results? They were beyond good, they were staggeringly brilliant!

The more cars I drive the more I have come to realise that power is such a subjective thing. Simply looking at the numbers on paper does a car no justice. For instance, the Audi A3 Sportback 1.6TDi which I had on test produces 77kW, which is the same as the 1.2-litre Golf Bluemotion. But the diesel produces 250Nm of torque which makes all the difference in the world.

Coupled to an S-Tronic 7-speed automatic gearbox, the A3 Sportback is incredibly smooth and comfortable to drive. Gear changes are seamless, and you really need to try hard to notice them, while the effortlessness with which the engine pulls the car around creates a very pleasant driving experience.

Diesel engines are always quite fun to drive, you generally get a dose of extra power without sacrificing fuel economy. But the A3 Sportback took that to a whole new level. About a year ago I took a 2.0-litre Jetta for an eco run up the coast, and managed a solid 4.9 L/100kms over a 100km stretch, and for good measure I thought I’d take the 1.6TDi A3 Sportback on the same drive.

The results were very impressive. Claimed consumption figures from Audi is 4.3 L/100kms, and what I actually managed to get was 4.1L/100kms.

When you get into the A3 Sportback, you insert the key, and turn it. That’s when it all comes to life. The most impressive is the LCD screen that emerges from the dash. The interior is a perfect balance of minimalism, and panache. Not too many buttons, and not too few either.

In the centre console, where a traditional handbrake would be, is the heart of all things electronic. A large round knob allows you to control everything on the LCD screen, and is even touch sensitive so when punching in navigation details you can simply draw the letters with your finger.

Close your eyes and you could be forgiven for thinking you’re driving in an A6. Even the basic cloth seats feel luxurious. The ride is soft but engaging, the steering ultra light but responsive, and the noise insulation quite impressive for a car in this class.

Everything about the A3 Sportback shouts luxury and comfort. The way the doors open and close, the feeling of the dash, and steering wheel, down to the round air vents, which can also be found on the A1 range.

The point of building an A3 Sportback is to make it more practical than the normal A3. So for a start you have 2 extra doors, which for anyone with kids is an indisputable necessity.

The size and shape of the car also differs from the normal A3, in that it’s longer and more squat, or at least appears to be. The added bonus with the length is the increased boot space, making the A3 Sportback a well priced, luxurious family hatch.

Speaking of price, one of Audi’s biggest accomplishments is that it managed to keep the A3 Sportback below R300,000. The 1.6TDi can be bought from R288,000 if you don’t fill your shopping basket with pointless extras, which is what a 1.4 TSI Golf 7 sells for, and the A3 is like the richer more well to do cousin.

Audi have been taking tech from it’s higher end cars, and filtering it down to some of it’s smaller offerings, and it’s created cars in a segment that are far more luxurious than the competition, and somehow they’ve done it and kept the prices in check.

Personally, if I were buying a family hatch and had R300,000 to spend the A3 Sportback would be quite high up on the list of possibilities.

See our seletion of used Audi A3 for sale here.