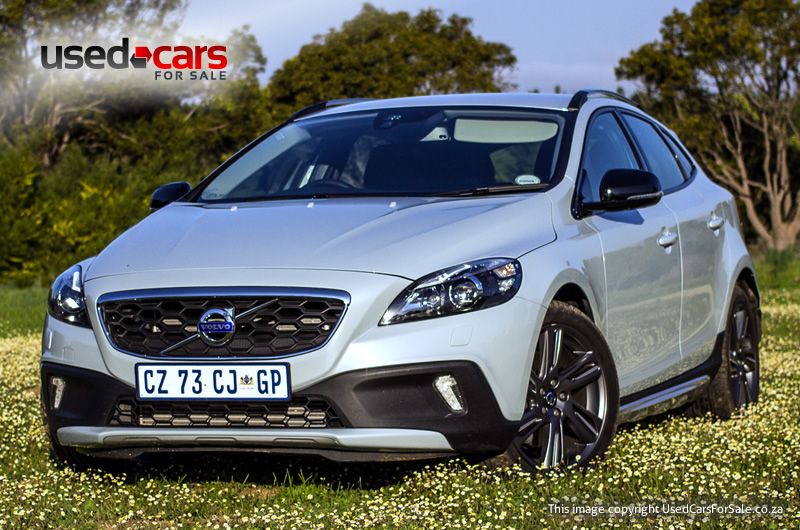 Following on the success of the V70 Cross Country in the late 90’s, there have been a few manufacturers to offer a more rugged version of their cars. One of the more memorable ones would be the Audi A6 Avant of the same period.

It showed that there was a market for this, there were people willing to buy an off-roadish version of a sedan they liked it. So Volvo Cars has adapted its regular V40, with an assortment of additional ground clearance and skid plates all round. The car maker has dubbed it the V40 Cross Country.

Volvo have simplified their engine range to a petrol and a diesel, and you can get any of their cars in either format. The Cross Country we tested was the D40, powered by a 5 cylinder 2.0-litre diesel engine, that drops 130kW and a staggering 400Nm.

What really delivers the grunt in the D4 is how wide the RPM range is, in which the 400Nm of torque is delivered. In just about any gear, at any speed, you plant your foot and there is just an enormous amount of torque ready at your disposal.

Claimed consumption is 5.2 L/100km, we found with a bit of exuberant driving, that it sat closer to 7.8 L/100km, which let’s be honest is quite good now that the fuel price has set course to the moon.

The V40 makes quite a big deal about its Eco Mode. The instrument panel changes based on a theme you select. Eco is one of the themes, offering a green glow around everything and giving you a good indication of where you’re at with your economy. This has the option of being shifted to a Sport mode, where all indication of economy is replaced with performance.

Price wise the V40 CC comes in a chunk lower than its competitors, and when you poke around the car too see where they cut back, the tech is the most obvious place.

But here’s the strange thing. The missing tech is only noticeable if you know what’s available in the Audi and the BMW. After a few days of driving the car, we came to a simple conclusion, the tech that has been omitted from the V40 CC is all the excess, making it a really good value proposition. You’ve got everything you need, nothing more, nothing less.

But for all the tech omissions inside the cabin, the computers hiding under the bonnet and keeping the car on the road do an excellent job!

The V40 CC sits in the premium C-Segment of the market, and as such the D4 model comes with full leather, a solid steering setup, climate control, electric seat adjustment for the driver (not the passenger), and has optional keyless access.

The drive is really good though, and while extensive testing wasn’t done off-road, we had more than enough of a Cape Town winter storm to find the road handling in torrential rain to superb.

I can’t decide if the V40 is a slightly smaller station wagon, or a slightly bigger hatchback. Either way, it works well for families looking for a good premium car in the C-segment.

The boot is adequate, and there is an optional extra that’ll give you a second floor area below the regular loading bay. The rear seats fold down to provide extra loading space if you leave the kids at home.

Even with the rear seats up, leg room in the back is sufficient for youngsters.

The Volvo V40 Cross Country is a pretty car, and we did spend quite a bit of time admiring the lines and curves from the outside.

Pricing starts at R343,000 which is really good for the segment. This makes the V40 CC a really attractive proposition for people who are looking for good value cars like the ones you can find here.

The drive, and safety equipment that come standard in the V40 CC really does make you feel like you’re being looked after.

The performance is terrific in the diesel, and the best part is that it wont bankrupt you. A little bit of cautious driving will get you a long way on a single tank.