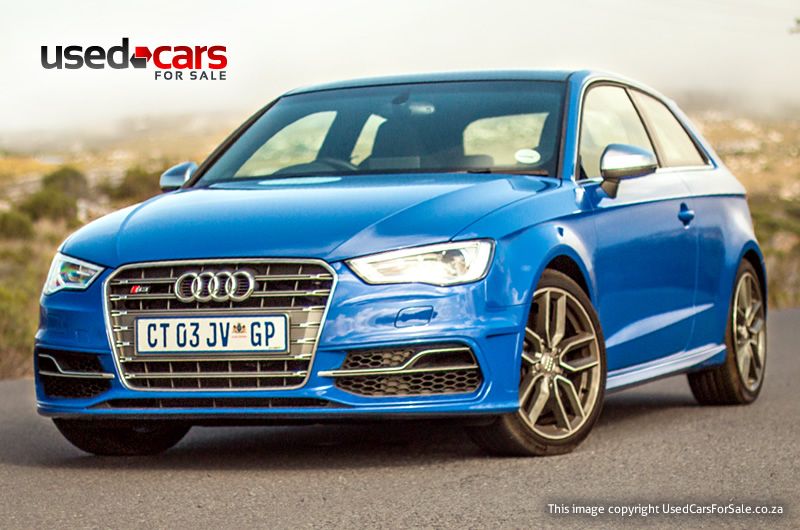 This segment of the market is fast becoming one of the most crowded. Everyone wants a slice of the action when it comes to hot hatches, and we’re being spoilt for choice. The best part of all this, is that hot hatch after hot hatch is actually very good. We’ve driven a couple and no doubt we’ll continue to drive more in the future, and each time we notice them getting better than the previous one we drove.

This brings us to the latest hot hatch we find ourselves behind the wheel of. The Audi S3. Audi have positioned themselves as a premium car manufacturer, and you know you’re going to get something solid from them, so with eager anticipation we climbed in.

Under the bonnet you’ll find a 2.0-litre 4-cylinder engine that has a nice turbo strapped onto it. This trickery delivers 206kW and gives you 380Nm of torque, which is just about enough to do some serious damage. The TFSI engine uses a system called valvelift which makes the performance delivery a bit more punchy.

Now I know what you’re thinking, put 200+ kW in a car and the fuel bill will quickly bring you back down to earth. We’ll you’d be wrong. With increasing pressure from the EU for manufacturers to bring down the emissions figures, we’re beginning to see more and more frugal figures emerge from performance cars.

On the inside you have the usual five star luxury that Audi delivers so well. There is a nifty LCD screen that emerges from the dash board when you start the car. It’s not a touch screen, but the centre dial that controls the LCD has a touch feature that let’s you write letters with your finger for input into the navigation system. Which is an excellent idea, if you’re left handed or a passenger.

The usual array of steering wheel mounted controls are there, along with bluetooth connectivity and no USB port.

Through this navigation system, there is a “car” option which allows you to put the car in various modes. Ranging from Efficient, to Dynamic, the setup of the car changes. You’ll be fine leaving it Dynamic mode, but should you put it in Comfort, you’ll find the suspension soften up a little, the exhaust note dies down, and the steering becomes lighter. So as a versatile hatch that goes from bonkers to calm with the flick of a button, we nod approvingly.

This is the regular S3, the Sportback has 5 doors, this one has 3. If you have kids, or use the back seat more than once a lifetime we’d recommend the Sportback. Boot space is typical of the VW group, there is way more space in there than you’d imagine.

There is also an S3 Sedan that should be available soon if a bigger boot is what you had in mind. The rest of the car works as advertised though, aircon, radio / multimedia system all available central locking with alarm etc.

Audi have been making an S3 for a while, and previous generations had RS 3 monikers too, but honestly, 206kW is a lot of power for a hatch the size of the S3. Consider for a second that the Audi S4 produces 40kW more, and that’s from a 3.0-litre V6 in a much larger body.

The Audi S3 is a proper pocket rocket, and well worth considering if you’re looking for something fun, well built and costs less than R500k. Which makes it hugely attractive in our books. So if that’s your market, and you want to find something that stands out just a little bit, the Paceman is something you should be looking at or other cars here.