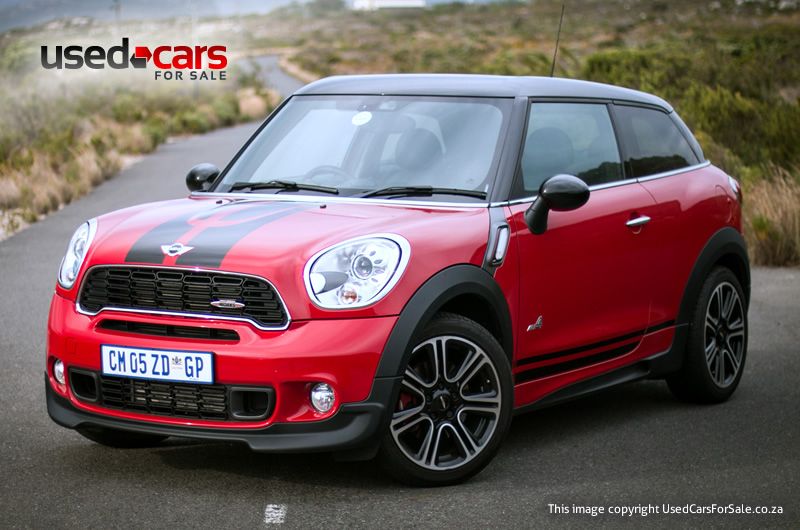 Mini Paceman Review: There's Nothing Mini about the Paceman

So MINI are onto their 7th variant, the MINI Paceman JCW compact, and this comes with a fair amount of controversy. One thing is for sure, petrol heads can be a hot headed bunch of people.

The die hard fans of the original MINI Cooper are appalled by some of the new shapes and specifically size of the new MINIs. Not everyone agrees though, and I’m one of those who doesn’t agree.

The MINI Paceman is based on the MINI countryman, which is significantly larger than the regular MINI. Except the Paceman is a 3 door, and has some funky design elements.

I’ve driven a few variants of the MINI Paceman, and then I was handed the keys to the JCW to see what’s what.

The JCW is at the top of the pile with performance, followed by the Cooper S, and the Cooper. Producing 160kW from a 1.6-litre engine, the JCW carries quite a bit of grunt. They manage this using a Twin Scroll Turbocharger. 280Nm of torque helps the MINI deliver some nice acceleration.

The ALL4 system, which is essentially MINI’s implementation of all-wheel drive was developed more for countries where snow and ice on the roads are a regular occurrence.

We had the Auto ‘box and it’s superb. Flappy paddles behind the steering wheel help the car feel a little more sporty, and add a nice dynamic if you’re having some fun.

MINI claim 8.0 L/100km but truth be told, we got closer to 10 L/100km, which is what they claim for urban driving. It isn’t bad when you consider you’re in a 160kW 1.6, and you’re bound to be driving a little more exuberantly than usual.

The MINI does calm down a bit on the open road, but you’re better off finding a mountain pass and putting a smile on your face.

On the inside you’ll find the familiar large MINI dial in the centre of the dash. On the inside of the dial, MINI have a little display which is where your SAT NAV lives, and the various iDrive type controls they’ve inherited from BMW.

The MINI is quite high up on the tech food chain, the steering wheel is multifunctional, there is an iDrive system (optional) as I’ve mentioned, which allows you to control just about everything in the car.

MINI’s traditionally have a hard ride, but the Paceman seems to have a good balance between comfort and sporty. Slow urban driving provides relative comfort, while a flick of a switch drops you into sport mode and gives you an ultra firm ride.
The leather seats are a sporty shape, holding you in place. The driving position is good, and the steering wheel a funky size and shape.

As a car to live with every day, it’s quite enjoyable. Besides the obvious issues that plague just about every 3 door car, like the heavier longer doors, and the seat belt you have to stretch for, the Paceman makes good work of being a daily driver.

3 doors is limiting if you have a family, and the rear seat configuration is too. You don’t have the typical bench arrangement that can seat 3 people, instead you have 2 seats, divided by a rail that has 2 cup holders in it.

Boot space is ok, once again you’re not going to get a ton of stuff in there, but for a day to day run around it’s more than adequate.

So as controversial a car as the MINI Paceman is, it’s really become a love/hate kind of car. People feel very passionately about it, so don’t be surprised if you encounter someone who thinks MINI should never even have made it.

But should they? Should MINI have made 7 variants of the MINI? Why not? The MINI Paceman is the size of a hot hatch, and with 160kW rattling around under the bonnet it certainly is a contender.

The Paceman will likely appeal to younger urban citizens who have a flair for something different and original. The Paceman is a good looking car, with some nice funky design and with the JCW version, you’re treated to little JCW badges all over the place.

So if that’s your market, and you want to find something that stands out just a little bit, the Paceman is something you should be looking at.