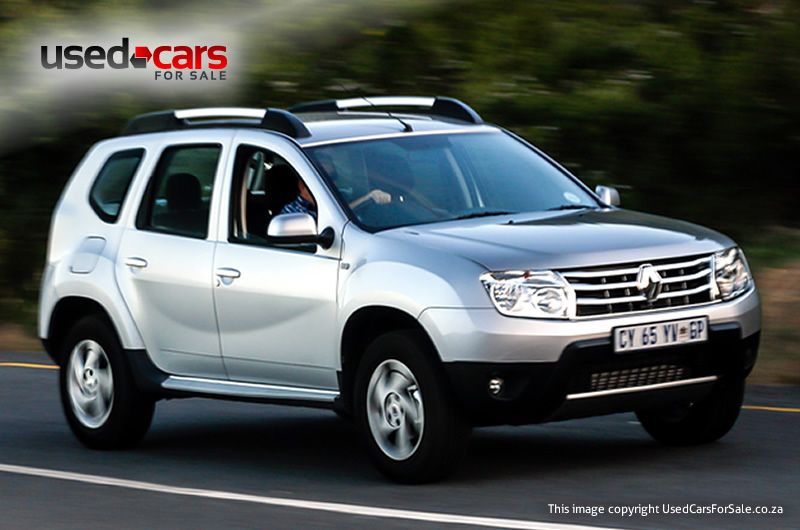 Renault has been known for some time for making slightly quirky cars. The French flair pulls through solidly once you get behind the wheel of one of them. Surprisingly, as we drive different variations of Renault's fleet, we find more and more quirkiness in the oddest places.

Renault’s little off road Duster (they pronounce it Dooster) was no exception to the company’s eccentric influence.

We did however, end up being quite fond of the little Duster after a week, and it wasn’t with any sense of joy that we handed the keys back.

Diesel engines are taking over the world. The once looked down on, scourge of the motoring world, has risen to find its self powering performance cars of all shapes and sizes.

So when we got the 1.5 dCI Duster, we were well pleased. Now, it’s not often we hop into an 80kW car and not mind. The fact is, diesels are special, and in the case of the Duster, it has 240Nm of torque. With that much torque coming from the engine, the 80kW’s are available pretty much from idle speed, so you never lack for power, it’s always there, and it ends up giving the car a very “nippy” feel.

Efficiency is the name of the game in motoring these days. So the Duster has to comply with said efficiency measures. Claimed fuel consumption rating is 5.5 L/100km. We drove it, exuberantly as usual, and managed the same.

It’s not every day we manage to achieve the same fuel consumption as the manufacturer, but the Duster really does pride itself in being efficient, even when it’s a bigger than usual car.

Co2 figures come in at a neat 143 g/km, making the EU lawmakers smile favourably on the French auto maker.

Inside the duster, there is an interesting assortment of tech. In the centre of the dash, you’ll find a large LCD, which is becoming more and more prevalent in vehicles today. Then below that, almost hidden, are a few extra buttons for cruise control, which you’d expect on the steering wheel, but would be mistaken if you thought they’d be in the obvious place.

One thing that really jumps out at you, is the indicator. For some reason, Renault have seen fit to give the indicator a beeping noise. Instead of a quiet sensible tick, you get an obnoxious beep every time you use the indicator. This isn’t the case with any of their other cars, Sandero, Clio etc. Just the Duster, because it’s special.

For R200k, you’re not exactly expecting plush leather seats or 9 massage functions. And you won’t get them either.

The Duster is comfortable enough. Firm cloth seats, not hard, not soft, greet you when you get into the car. It’s reminiscent of having purchased at the bottom end of the scale.

Nevertheless, the rest of the car is quite a comfortable drive. The Duster is a little SUV, complete with advertised off road capabilities we didn’t get to test too thoroughly.

The shape of the Duster lends itself to being more practical than a regular hatch. The big boot is perfect for a family holiday, or a dog, or both.

Rear seats are spacious and the kids have more than enough space to be raucous in the back.

For the price, the Duster comes in as a real bargain in the space department. You won’t get a better bargain anywhere.

Despite all the quirkiness, and the beeping annoying indicator, the Duster is a really cool car. It’s built to a price, but that makes it affordable in an increasingly more unaffordable car market.

It’s not bad looking either and it drives really well. The Diesel has ample power, and it’s spacious. It’s a great family car for running around town, and if you never get to play with it off-road then you can always drive over a couple of curbs to put the extra ground clearance to good use.

The pricing really is astonishing; for the price of a Polo you can get a little SUV with some off road capabilities. Not too shabby hey? It’s well worth looking at if you’re in the market for spacious cars that won’t break the bank.