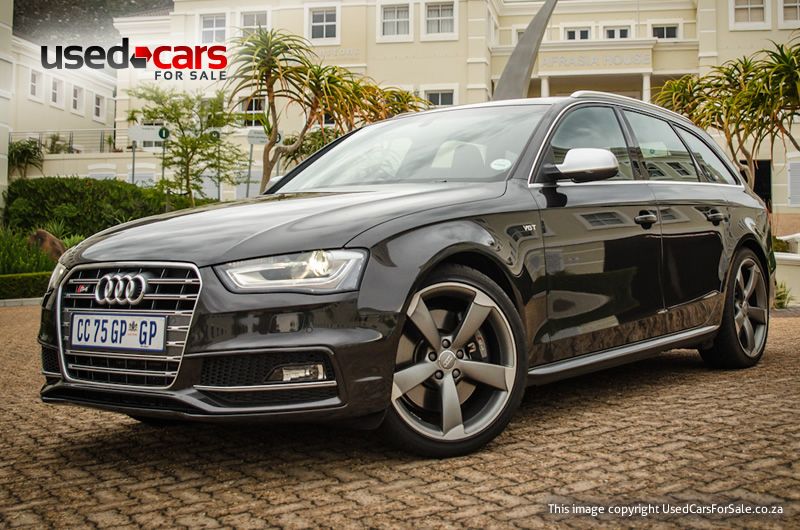 Audi have a long history of making sporty cars. They’ve been indelibly etched into our rally memories with ‘Quattro’. We’ve longed for performance cars that hold onto the road ever since, and the dream of owning a performance car for many diminishes as life gets in the way.

You meet a girl, you get married and have some kids. That performance car dream begins to seem further and further removed, and you’re just about to give up entirely, when you realize that maybe you can own a performance car that can accommodate the whole family!

We spend some time with the Audi S4 to see if it’s all that.

They manage to get the power out of the engine using a Supercharger, and that gets the car from 0-100Km/s in 5.2 seconds.

The handling is fantastic, and the car can be put into a number of modes, of which the Dynamic mode is definitely the most fun. In Dynamic mode the suspension gets a bit more taught, the steering heavier and more responsive, and the all round dynamics improve.

Helping you out is the very impressive S Tronic 7-speed gearbox Audi put standard in the S4 Avant.

The 3.0-litre engine manages to be quite economical when not driving like a hooligan. Unlike the V8 in the Audi RS 4 which is just thirsty all the time, the S4 Avant manages to get below 10 l/100km when you’re taking it easy.

When you’re not taking it easy (as we like to do) then you can expect a less timid 13 l/100km, which is about what you get from the RS4 in economy mode.

Claimed consumption is 8.7 l/100km’s, which would be quite doable if you stayed away from any fun roads and drove like a grandpa. You’d also then consider the A4 1.8T Avant.

Audi and BMW seem to be in a race to see who can pack the most tech into their cars. The S4 avant comes with some pretty neat tech as standard, and as always there are tons of optional extra’s to be had.

There is a screen in the centre of the dash, which largely controls the car. It’s driven by a round knob similar to BMW’s iDrive system.

The steering wheel comes with multiple controls, allowing you to control your phone, the radio and cruise control without lifting your hands off the wheel.

Scattered around the round knob that controls the MMI interface are a number of quick select buttons that get you to Nav, Media, Phone and menu.

Over the last couple of years Audi have pushed hard to get their cars to have a very premium feel, and so far so good.

The Audi S4 Avant comes with leather seats and a wide array of luxury making it a very comfortable car indeed.

This is the big test, how much more practical is the S4 Avant than the regular S4?

The interior is the same size, the cabin, the back seats etc. Which, I might add is already quite spacious, you’ll comfortably get 2 adults in the back.

The boot though is an entirely different story. For a start it’s got an auto open and close feature, which is great when you’re not in a hurry, and useless when you are.

But the extra space gained from the Avant shape is fantastic. In addition to just boot space, you can fold the rear seats down and you have an enormous loading bay.

In the front you have a 245kW 3.0-litre supercharged V6 engine. In the middle you have power being delivered to all 4 wheels and at the back you have enough boot space to get the kitchen sink into.

The S4 Avant is an absolute winner, and while the RS4 Avant is more powerful and has a gurgling V8, the S4 Avant will give you power and performance and practicality while still allowing you to put your kids through college. For more of Audi's performance cars click here.