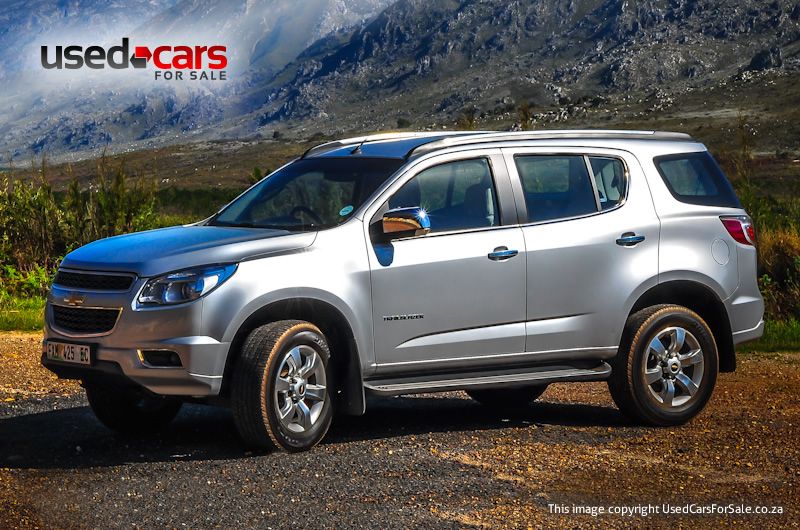 SUV’s have been gaining popularity over the last couple of years, and for good reason. They provide spaciousness and practicality, making them a versatile option for families and soccer moms around the world.

But there are a lot of SUV’s on the market, and that’s because just about every manufacturer is making an SUV or two. They range in price quite drastically, from a very affordable GWM H5, the the ultra luxurious BMW X5 M50d which tops out at R1 Million.

The Chevrolet Trailblazer sits somewhere in between. The Trailblazer LTZ AWD we tested is priced at R480,000, and is quite good value for money when you consider what you’re getting.

The Trailblazer is powered by a 2.8-litre diesel engine, which produces 132kW. It’s not tuned to be a sporty engine, so acceleration isn’t anything to write home about, but it is built to be a strong engine, specifically designed to pull caravans, horse boxes, and handle some serious off road terrain.

The engine is coupled to a 6-speed auto ‘box, which does a good job of handling the gears. There are 3 modes available with the AWD system, a 2H, 4H, and 4L, managed from a central round knob below the hand brake lever.

Claimed economy is 9.8L/100km, but it’s such a big car that when you’re just driving around town it get’s a lot higher. Confusingly the dials on the digital display in the car indicate a KM/L figure, which we found sits around 7.5 KM/L.

It performs better on the open road, fuel consumption drops quite nicely when cruising at highway speeds in 6th gear.

Once you take it off road, or use the hill decent control, fuel economy does spike a bit, and while we didn’t get a chance to test it off road fully loaded, you’re likely to see the fuel economy figure rise quite a bit when towing a caravan or a horse box.

There is a moderate sprinkling of tech on the inside. The centre console is shared with the Isuzu bakkies, so it has the same big round dial in the centre which allows you to change the temperature. Around the big dial are all the buttons associated to the climate control. The radio supports MP3, and Bluetooth, and there is an Aux port and a USB port.
Rather confusingly the USB port is a Micro USB port, meaning you can’t plug your iPhone in there.

The Trailblazer provides a good amount of comfort. The interior is full leather front and back, and the seats are soft a comfortable to sit in.

The ride is very smooth too, the gearbox doesn’t make much fuss when changing, and apart from the diesel sounding engine, the Trailblazer is relatively immune to road noise.

Something that might count against the Trailblazer though is getting in out, it’s a very tall car, and despite there being a running board to step on, it feels a little clumsy to get in and out of.

There is enough room in the back to seat an army. The Trailblazer is a 7 seater. The very back 2 seats fold down to create more than adequate boot space, and even with the seats folded up, there is more boot space than in a Spark.

What makes the Trailblazer killer though is that you can fold down all the seats at the back, for an enormous loading area, or you can fold the seats into the floor for even more space.

The Chevrolet Trailblazer is a middle of the range SUV, that packs some proper punch and comes out as a pretty well rounded car.

The 2.8 litre engine is very good, and while not the most powerful on the market, it certainly is purpose built, for the job it does so well.

Economy is respectable around the 10 l/100km mark, as long as you keep it off the dunes, the Trailblazer is actually an affordable car to own.

It comes with a good array of kit on the inside, gives you a comfortable ride and is very practical.

There are other 7 seater SUV’s on the market for about the same money, but the Trailblazer wins simply because it’s so big.