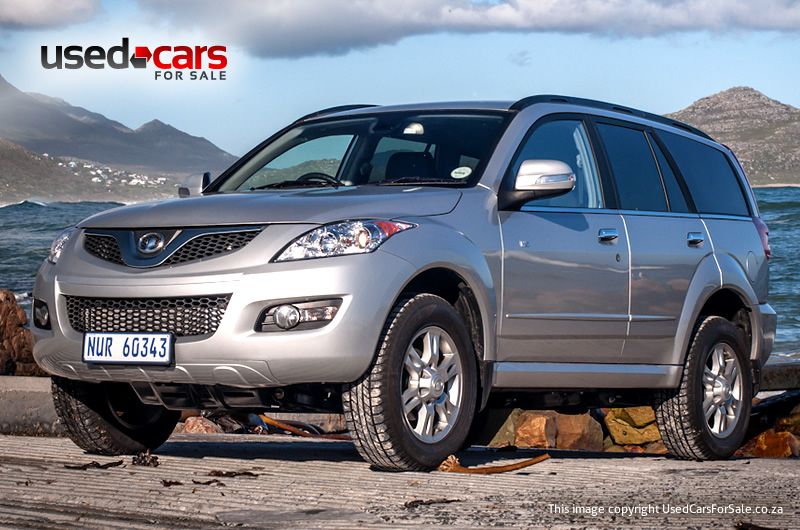 GWM H5 Review: A whole lot of SUV for less

GWM South Africa are fighting hard to gain ground in the local market, and recently I tested the Steed 5, which is their double cab offering, and competes directly with the likes of Isuzu’s KB, Toyota’s Hilux and VW’s Amarok to name a few. With the Steed 5 they managed to deliver a good competitor, at a substantially better price.

The same is true with the GWM H5 that I tested. It’s a good R100,000 cheaper than it’s nearest competitor, yet it’s not R100,000 less car. I spent a week or two driving the H5 to see how it would compare to the rest. With pricing from R260,000 it comes in a lot cheaper than some of the compact SUV’s on the market.

In the front you’ll find a 2.0-litre 4-cylinder diesel engine (there is a petrol one available too) that produces 100kW and 310Nm. The engine and gear ratios though, feel like they’re setup to be a work horse rather than a family SUV. The power in ample, and the torque is great but it could be just a bit smoother.

The gear changes are smooth enough, although the throw from 1st to 2nd is quite long.

On the open road the H5 is a comfortable drive, with enough torque at hand for easy over taking. Up hill is the same story, drop it a gear and the torque takes over.

In the centre of the dash, between the speedometer and rev counter there is a ridiculously accurate instant fuel economy reading, which tells you how much fuel you’re using right now, but there is nothing that tells you how much fuel you’ve used over any given period. We had to whip out the old calculator, and work out how far we got on the 74-litre tank, and by our calculation we averaged about 9.0 L/100kms. Which isn’t half bad considering that we did do some off roading which naturally burns extra fuel.

There is an interesting combination of tech on the inside, there is the instant fuel economy reading I mentioned, but no on-board computer with any other information. What you do get though in the rearview mirror is a tyre pressure indicator, as well as a tyre temperature indicator.

That’s a lot of kit for the money.

Because the engine is quite rough, and the gear changes quite long, the ride does suffer. The suspension isn’t as soft as I would have liked it to be on the road, but it held up quite well off road.

Leather seats do come standard, which is nice, and does add a feeling of luxury to the cabin.

The GWM scores well on the practicality points. The boot, despite the lack of a carpet is huge, and has 10 tie down points.

The spaciousness in the cabin is fantastic, you could comfortably get 3 kids on the back seat, and up front there is more than enough space for driver and passenger.

The Chinese are not to be ignored. The best way to sum up the H5 is that it’s not as bad as I thought it would be, but it’s not as good as I’d like it to be. However, for the money it’s an absolute bargain SUV.

The GWM H6 is on it’s way later this year, and if the Chinese tidy up a few lose ends, make the ride a little smoother, and keep a similar price point, some of the other manufacturers need to be looking over their shoulders.

GWM is one brand I’ll be keeping a close eye on in the future, I expect we’ll see some pretty cool stuff coming from them.