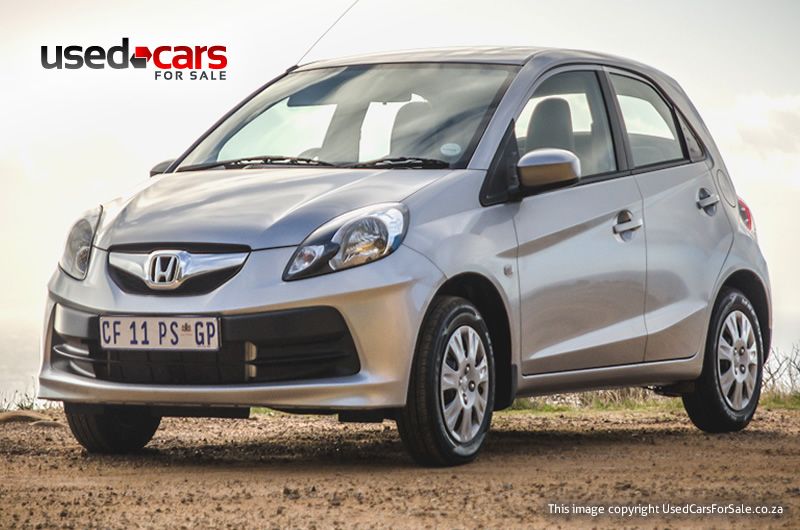 Honda have a new car on the market that's small and nippy, and it’s aimed at the increasing important entry level segment in the market. You can get one for below R120k, and it’s called the Honda Brio. It sits below the Honda Jazz in the line up. What sets the Brio apart from other entry level segment cars, is likely the fact that it appeals to both a younger and older audience at the same time. Honda have cleverly built it not to be limited to a single demographic. It’s well styled, economical and quite fun to drive. We get behind the wheel to see what it’s like.

With a 1.2-litre engine hiding under the bonnet you’ve got 65kW at your disposal, which on paper doesn’t seem like much. But the Honda Brio seems remarkably sprightly for a small 4-cylinder engine, aided of course by being such a small car. As a nippy town car the Brio is an excellent choice, mountainous areas may be problematic as the small engine means you really need to push the Brio hard to get it up the hills. The engine doesn’t feel strained though, and comfortably revs up to 6000RPM. The variant we tested was the manual, but there is also an Auto available for an extra R10,000 which according to Honda does 0-100km/h in 12 seconds, the same as the manual box does.

The Brio is aimed not only at the small car market in terms of price, but economy is a huge drawcard too. With escalating fuel prices, having a small 1.2-litre run around capable of less than 5.0 l/100km is a godsend. Even at highway speeds, the Brio holds it’s own. The Brio feels fairly well planted for such a small car, all while keeping pace on the open road and sipping fuel frugally. The engine doesn’t create a lot of road noise either, which is often something that plagues small cars. Honda use intelligent, electronically controlled variable valve timing to make sure the the 1.2-litre engine produces maximum efficiency.

The Honda Brio isn’t necessarily laden with tech, but for a car that comes in under R120,000 the Brio does quite nicely. The windows all round are electric, the mirrors are also electrically adjustable, and the Brio comes standard with central locking and air-conditioning. Power steering also comes standard, as does an array of airbags. The entertainment system gets some special attention too. Honda gave it a unified look using silver and black to give it a more elegant feel. The radio can also be controlled by the audio controls on the steering wheel. You can also expect to find the standard USB and Aux ports in the car.

Honda sees the small car segment as an extremely important segment, and have aimed to build a quality, comfortable car that’s affordable. The cockpit was designed specifically to be as comfortable for the driver as possible, with instrument clustering on the dash, and a comfortable seating position and adjustable steering wheel. The suspension is also solid, and the drive-by-wire steering wheel makes the steering light and easy for parking.

Inside, the Brio gives you a feeling of space, which is not what you’d expect from such a small car. Honda have tried hard to make the driver of the car more important than the car itself, with a view that technology must me built around the needs of humans. This human centric design has made the cabin of the Brio a great place to be. Honda have designed the glovebox specifically in such a way that the the front passenger has extra legroom. You’ll find the same in the back, where the seats are more slender, making more intelligent space for passengers despite being a small car.

Honda have attempted to enter the entry level market with a good quality car that’s practical, comfortable and affordable. It seems they’ve managed to pull it off. The Honda Brio is a small car with great design, it’s affordable at R120,000 and still manages to drive well with a 1.2-litre 4 cylinder engine. The extra effort Honda have put into making the Brio practical and spacious really pays off when you’re driving. The Brio was originally designed for a younger audience, but it seems to be popular with the older crowd too, and since the Brio is a new car, you can find other Honda models on our website.