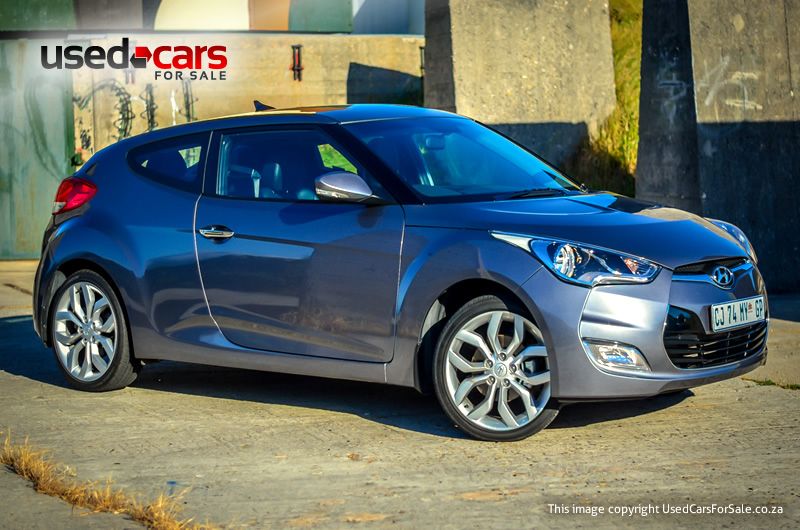 Korean cars have came a long way very quickly. And right now, they’re making some of the best looking cars on the road, and they’ve got quality to boot.

So if you’re looking for a sensible, good looking car, that affordable Hyundai should be near the top of your list. Well almost.

For all their sensible well-built cars, there is a rebel. The rebel is called the Hyundai Veloster. When you see it for the first time, you notice that on the right, there is 1 door, and on the left there are 2 doors. Still think Hyundai make sensible cars?

Under the bonnet you’ll find a 1.6-litre Petrol engine, producing 103kW and 167Nm of torque. This gets you humming along just nicely, and the car has a definite sportiness to it in the drive.

Power could be more, 'cos you’d like to assume that a car with an odd door configuration is capable of killing you, but alas you’ll have to wait for the bonkers version coming later in 2014.

Connected to the engine you have a choice of 2 gearboxes. A standard manual gearbox and a Dual Clutch gearbox. For the extra R20k, we say get the DCT ‘box.

Claimed fuel economy is 8.4 L/100km, which isn’t too shabby, but once you get your foot down you quickly punch that number near the 10 L/100km mark. You don’t expect a hot hatch to be *that* economical, but you want some semblance of sanity when you do have to fill up.

With our testing we found the real fuel economy to be closer to the 9 L/100km mark. We didn’t get a chance to test it on the open road, but we’re pretty sure than a good long run would have yielded some stellar results.

Hyundai are trying to position the Veloster into a more premium space. With a price tag just shy of R300k, you’d expect as much. In the tech goodie bag, you’ll find an LCD screen, and full Bluetooth integration, allowing you to connect you phone for not only calls but audio as well. The steering wheel has a funky “V” shape on the inside, and is littered with buttons to control all kinds of audio controls.

The sound system isn’t too shabby either: you get 4 speakers, 2 tweeters, a centre speaker and a subwoofer. This is enough to make your friends driving in Goodwood a bit jealous.

The seats are bucket shaped, but none of that hard carbon fibre stuff that gives you back ache. Their comfortable, hug your body, and you could comfortably travel a long distance in them. Despite the obvious hot hatch appeal of the car, the ride is incredibly amicable to every day use. The passenger door is a little easier to open than the drivers side, possibly because the driver side door is twice as big.

The driver side seatbelt sits a little behind the front seat, so you’re always making a twisting stretching move to get the seatbelt.

Even with its odd door configuration, it’s practical. Kids always get in on the non-road side, so that’s actually very practical. The boot opens wider than a hippo’s mouth and is remarkably spacious, larger than it looks from the outside.

The rear seating space is good; you’ll get two adults in the back, but you won’t drive them to Jo’burg without some grumbling.

So as far as odd-ball cars go, the Veloster is high up there, but at the same time it manages to maintain a surprising amount of “normalness” to it.

It looks a lot more funky than your average hatch, but if you look closely at the Hyundai i30 then you can see a lot of Veloster in it. The 3 doors add some flair and some character, and the pseudo bonnet scoops are a nice touch if you’re 18 and use loads of hair product.

Most of the interior (and some of the exterior) comes with lots of ‘V’ shaped goodies. So the big question is to buy or not to buy. Honestly, I think the Veloster is pure gold. You get all that funky off beat car, that looks cool as goes well, but you can drive it every day the same way you could drive an i30. Both of these cars from Hyundai can be found here.