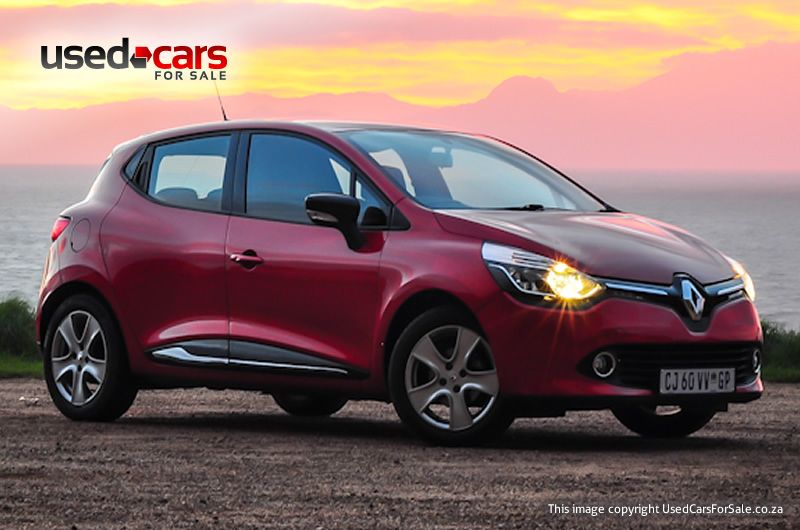 Va Va Voom, Renault's slogan in a bunch of ads a few years back. Small, nippy, and great fun to drive is what they’d have us believe about their cars, but they’re French, and you can’t trust the French, unless it’s about wine, then you can absolutely take their word for it.

At first glances though, you begin to think that the French might be onto something here, that Renault Clio 4 (yes this is the 4th generation), looks really really nice, and it’s got some interesting design features too.

The front grille has a huge Renault badge, bigger in proportions than what we’re used to seeing. It’s almost like the designers started with a big badge, and were told to design the rest of the car around it.

The biggest shift in cars over the last couple of years has been away from cubic inches, to forced induction. Renault has followed suit with the Clio 4 Turbo. They’ve put a 900cc 3 cylinder engine under the bonnet, added a turbo and managed to get a respectable 66kW from it.

It’s a relatively small car, lightly built, so the 66kW does get the Clio around just fine. In fact it performed better than a few naturally aspirated 1.2-litre engines I’ve driven recently.

Being such a small engine, the Clio does quite well economically as you’d expect. Renault claim figures around 5 L/100km, but we found it to be more realistic around the 6 L/100km mark.

The tricky thing about small engines is always to avoid roads that strain the car. A steep uphill requires some gearing down, and means you need to build the revs to get up the hill, the result is that your fuel economy takes a serious knock. If you can go around a mountain, you’d probably be better off doing just that.

On the inside, there is surprisingly more than you’d expect from a car in this class. It’s got the typical Renault card, which you insert in a slot behind the gear lever, then there is a start button, that’s practically on the passenger side, that starts the car.

The Renault Clio 4 comes with a neat on board computer, something you find lacking with some of it’s competitors.

It also has a radio, that takes USB and mini jack input, and has something called Bass Reflex, which is also all over the speakers.

But most surprisingly is a touch screen with Sat Nav. In a R170k supermini? Well played Renault, well played.

Riding on 16” wheels, the Clio 4 is a lot more comfortable than I was expecting from such a small car.

Around town the Clio is fantastic. The light steering, easy use of the clutch and the smooth gear changes make it comfortable to drive and get around town with.

Supermini’s aren’t always known for their practicality, in fact sometimes they can be lacking considerably. The Clio 4 strikes an interesting balance, but carving out interesting spaces to put storage compartments, and cubby holes.

The boot isn’t huge, but you’ll get a school bag or two in there, and a shot trip to the shops shouldn’t prove too challenging.

Space in the rear might feel a little restrictive for adults, but it’s fine for children.

In the world of superminis like the Clio 4, there is very little for manufacturers to differentiate themselves with.

You’re not going to get much differentiation in terms of space or performance, so the only place left is the look of the car and the tech that can be packed on the inside.

The Clio 4 is probably the best looking of the Superminis on the market. From every angle it’s a looker.

It drives well too, and despite the few typically French quirks, it’s a pretty solid and well rounded little car.

It tries to be sporty and pulls it off. The rear doors don’t have door handles in the typical position, giving it a coupe style look at a quick glance. The body kit is quite sporty too, and on the inside the dash and dials are quite funky.

What the Clio leaves you with at the end of the day, is the feeling that you’ve bought a small car, but that it’s so much more than other small passenger cars on the market.