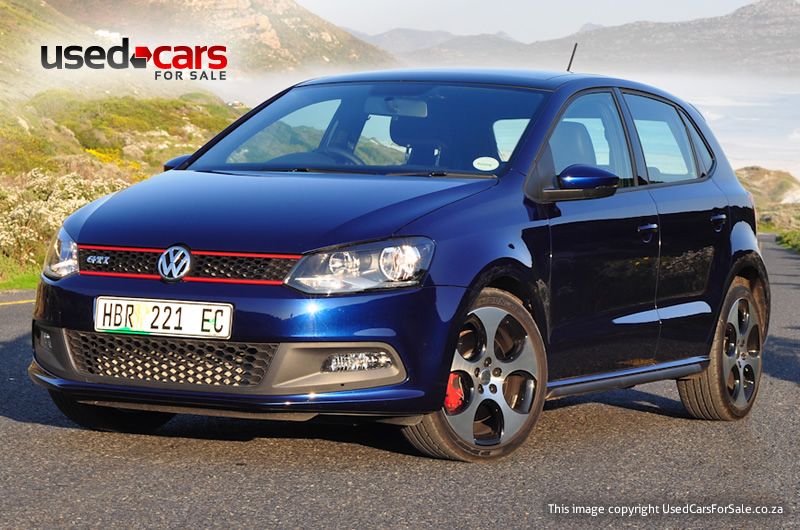 Hot hatches have become more and more popular. People want smaller more affordable cars that are fun to drive, but there is also a class of car, smaller than a hot hatch: the superminis, and this is where you find really small, ridiculously fun cars to drive.

The Polo GTi fits into this category. It’s a Polo, so it’s smaller than the Golf GTi, which would be classified as a hot hatch, but it’s built for performance and fun.

It delivers on both performance and fun, without breaking the bank.

The Polo GTi comes with a 1.4-litre engine, which, believe it or not produces 132kW. To get 132kW out of a 1.4-litre engine, VW have had to employ some pretty neat tricks. They’ve combined direct injection, with super charging, and turbocharging. The result is an engine that delivers power in a ultra sporty way.

There is a load of torque too, and what makes the torque special is that it delivers 250Nm all the way from 2000rpm up to 4500rpm. It goes, all the time.

The Polo GTi comes with a 7 Speed DSG gear box as the only option. If you’re not so excited about the car changing gears for you (which it does well by the way), then you can use the Tiptronic option which allows you to change the gears using the gear lever or the flappy paddles behind the steering wheel.

One thing that stood out for me in the Polo was the torque steer. Putting 250Nm of torque through the front wheels from as low down as 2000rpm creates some very interesting handling. It’s also what gives the Polo so much character.

With all the forced induction happening under the hood, there isn’t a drop of fuel that’s wasted. Economy benefits from this, and despite some exuberant driving the average consumption was kept below 9.0 l/100km.

VW claim a 5.9 l/100km combined average, which should be possible if you drive ultra cautiously, but let’s be honest, you’re not buying the Polo GTi for its economy are you?

As the most expensive Polo in the range, there is a reasonable amount of tech on the inside. Power steering, radio / CD / MP3 player all comes standard. There is an option for a sunroof, and also park distance control in the rear is an another extra.

In the center of the dash, between the two dials you have all manner of fuel consumption and car information.

The seats are finished in alcantara, which ads a nice premium feel to the car. The seating position is very sporty, and the bucket seats hug your body quite nicely.

The 17” wheels do make the ride somewhat bouncy, but the hard ride is to be expected in a car like this.

This firmer ride is useful on mountain roads with lots of bends and corners. The handling is excellent, the car really comes to life in the corners.

The Polo isn’t a big car. After all it is in the supermini segment. It’s not pointlessly small either. The back seats are big enough for adults and comfortable for kids. The boot is big enough for a few bags, but not to pack a family up for a holiday.

Driving around town the Polo works really well. Power when you need it, and able to squeeze into smaller parking bays when things get a little tights.

There is a lot of demand in the hot hatch segment, and it’s fiercely contested by the manufacturers too. But over the last year or so, we’ve seen a growth in the supermini performance market too, with the likes of the Opel Corsa OPC, Ford Fiesta ST, Renault Clio RS, consumers are going after this market with some eagerness.

The Polo GTi is honestly one of the best cars I’ve driven. The sheer fun factor packed into such a small car, that sells for R260,000 is hard to rival. It’s a good looking little car too, with some added flair in the form of red stripes and stitching everywhere.